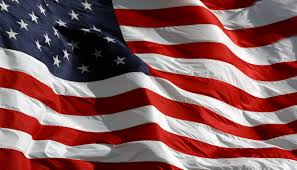 It’s hard to look at this election cycle and find a way to praise God. I mean, hard. Our country is on its way to becoming more divided than ever before, and that’s pretty scary to think about. Newsfeeds and are filled with hate speech, racism, and bigotry…or as I’d like to call it, sin.

On Election Day, the church I’ve been attending held a communion service to pray for the future of our country. I thought that was a pretty awesome invitation, so I made plans to go. The crowd was small, but intimate. We sang some worship songs before breaking into a time of silent prayer, followed by communion.

Just before the prayer, we sang a song called “Brother” by The Brilliance. When this last worship song started, Trump’s face was plastered on the screen in front of me, followed by Hillary’s. Why? I’ll tell you, why…sonder.

the realization that each random passerby is living a life as vivid and complex as your own—populated with their own ambitions, friends, routines, worries and inherited craziness—an epic story that continues invisibly around you like an anthill sprawling deep underground, with elaborate passageways to thousands of other lives that you’ll never know existed, in which you might appear only once, as an extra sipping coffee in the background, as a blur of traffic passing on the highway, as a lighted window at dusk. – Sonder (n.)

I cannot speak for anyone other than myself. That is the beauty of individuality. I am confident that each and every human being that God has created and given life has a soul, mind, and body that was just as intricately and specifically created as mine. I am aware that God created us with desires, sexualities, genders, emotions, and mentalities that are completely unique to us. Perhaps that is why is is hard for me to understand this idea of “sonder.” I so often fail to see the people around me as vivid and complex lives; I more often than not see them as a passerby in my story, an extra sipping coffee in the background of my movie. When I slap my keyboard in anger when I respond to the “ignorance” I see online, I do not imagine these people as human beings with ambitions, routines, friends, worries, and inherited craziness. Well, maybe the craziness part. I rarely take time to think about their own vulnerabilities, upbringings, and lives in general that have led them to where they are today. So often, this is my world, and you all are just living in it.

There I stood, in my anger toward both Hillary and Trump, singing praise and worship songs to God, asking Him to bless this election. It didn’t feel right. I was hurt by friends that wanted to vote for a historically anti-LGBT candidate, and I felt like Hillary was a criminal and continuously got annoyed when friends dismissed my claims as conspiracy. I was pissed about this election.

Again, I have fallen into a trap of belief that this is my world, and that these people are just living in it. They are just passing by. Trump is just passing by, Hillary is just passing by, and their followers are passing by with them, and they are all pissing me off in my world. In reality, Trump is waking up this morning, perhaps still in disbelief that he has just been awarded one of the most respected positions in the world. Hillary perhaps is still laying in bed, trying to figure out how to face the day, trying to stomach the fact that something she has been pursuing since the beginning of her career has once again been taken from her hands. They both are full of emotion, they both are full of complexity. Some of that complexity will never be seen by anyone other than their Creator. Their supporters are crying today, celebrating today, and dreaming about the next four years. Millions of people in this country (and millions more around the world) are intricately and beautifully designed with complex minds and political preferences. They have friends and family, they have responsibilities to keep up with. The world must continue to rotate.

During the church service, we engaged in silent prayer through prompts on the screens before us. Again, Hillary and Trump’s faces were on the screens, staring at me as I prayed. I was prepared to pray for our country as the election unfolded and results came in. I was not prepared to pray individual blessings over Mr. Trump and Secretary Clinton. I was not prepared to pray for their individual health, their leadership, their protection, and their families’ protection. I was not prepared to pray that God would transform their souls and lead them to repentance at the cross of Jesus. I was far too proud to do that, but that’s exactly what the pastors at my church instructed us to do. As I am singing the lyrics of “Brother,” I can no longer thrust hatred toward the candidates. I cannot do it. Donald Trump is my brother; Hillary Clinton is my sister. Is that not how God designed us? Oh, what a game-changer.

I have spent this entire election cycle posting angry (and funny) memes, Facebook statuses, and Twitter updates about the two Major Party candidates. I spent literally none of that time in prayer for either one of them. The conviction that poured into my heart last night as I prayed for Hillary, and then for Donald, was overwhelming. It was at that moment that I realized who these two people are. They are not merely an object of my *hilarious* Facebook rants. They are human beings, and they are completely in need of the Gospel, just like me. The supporters of both Trump and Clinton fall into this category as well. They are complex individuals, they are emotional individuals, and they are individuals in need of Gospel healing….just like me.

I’m not really sure what this election means. I have many friends who are fearing what is to come; friends in the LGBT, Muslim, Black, Latino, and countless other communities are fearing for their safety and the safety of their families. I hope that we are all proved wrong. I have seen protests beginning, celebrations erupting, and plenty of Facebook blasts. My own fingers tremble over my keyboard as I scroll through my news feed. It’s hard to not respond in anger and hurt. I also know that the division created by this election will only continue to grow if I respond. If I join in on the hatred and anger, I am fueling what I prayed would not happen. My pride must take a backseat. If I have gained anything from this election, it has been a start of a journey to understand the meaning of grace. Grace for those who do not understand my sexuality, grace for those who disagree with it. Grace for those who disagree with my political views, and grace for those who angrily shout it in my face. I need grace for the rants I have posted, the photos I have shared, and the jokes I have made. This election cycle is teaching me how to repent. It is teaching me how to love. It is teaching me how to respect. It is teaching me sonder. I know that these next few days, weeks, and months will continue to reveal God’s glorious plan for this country, even if that is something that extends much further than my mental capacity. I know that people will continue to share their opinions online and in person. I also know that these realizations have caused a revival in my soul. I know that God is listening to me as I cry out for my country and the people in it. I believe that God is continuing to reveal glory. I believe that I am called to love and embrace my brothers and sisters. I believe that God’s unique creation (mankind) is beautiful, and I’m actually excited to see the world through a grace-filled lens.

I am just one person. I can’t change the world…but I can love it. I can pray for it, and I can proclaim God’s glory over it. And I will.

I hope that you will reach out in love to your “enemies” and begin to see them as your brothers and sisters. I hope that you will extend grace and love and kindness to those you may disagree with. I hope you will reach out to people of color, LGBTQ+ peoples, people of different religious backgrounds, and remind them that they are loved and that their struggles are not going unnoticed. I hope that you will join the fight for justice for all of God’s children. Please, do not let the government and the media decide whether or not we the people can unite in love. No Presidential candidate can create love for us. We must actively join together, we must fight to love each other; we must fight to see each other, and we must fight to meet each other where we are. This is grace.

I hope that my Christian brothers and sisters will join with me as I engage with God:

View all posts by Katherine